Embroidery, appliqué, sewing--a healing process for anyone in crisis, recovering from a loss, or looking for an alternative way to meditate, similar to the method suggested in wordplay.

At the suggestion of my mother, Shelah, I began embellishing pillows as a house warming gift for a friend, only by the time I had started on the project, my mother had already died, "due to complications from breast cancer," whatever that means, and the sewing and embroidering became true art therapy that helped me survive one of the most difficult times of my life.  The "mythos pillow" I have kept, as it was at the heart of my therapy, creating lizards, bats, and butterflies as "appliquéd patches," my own designs, along with my use of orange, black, and purple embroidered squiggles, my "organic" meanderings.  Other "patches" are apparent, but unintentional in any specific form, as opposed to my revisited motif of the lizards-bats-butterflies, which I have been playing with since 1988.​  The significance of lizards-bats-and butterflies has everything to do with transformation, metamorphosis.  Since I already had the beautiful crocheted butterfly centerpiece, that was not made by me, but I have had for decades along with my other inherited crocheted pieces of lace, I decided to incorporate it into my first piece of memorial art therapy as the starting point for my narrative and as a way to display this beautiful piece of handiwork.

From my own mythos, simply by participating in needlework, I found a connection to the Native American Indian myth of Spider Woman who wove the world, including providing the symbols for the alphabet: the union of fabric-textile and language-text.  Moreover, in the tradition of sewing, I was connecting to an entire history belonging to women, and that was significant for me, especially in the loss of my mother's female support group that simply vanished after her death, with a few lingerers, trying to acquire some of my mother's possessions. My own female support group also behaved similarly, and I found myself quite alone.  Sewing saved me, was relevant, and the pieces rendered all memorialize the process.

My mother was an Art Therapist, along with her main focus on Dance/Movement Therapy, so Art Therapy has always made sense.  I would recommend this to anyone who needs to escape their heads, their emotional turmoil.  Interconnecting, chaining thread, creating a narrative that ebbs and flows, to me, this capacity to turn pain and suffering into something tangible and beautiful is part of what makes humans so amazing, and yet, aren't we simply mimicking the lovely eight-legged spider, who taught us how to weave?  I suppose it's no coincidence that in the Eastern tradition of essay writing, the eight-legged (paragraph) essay is found in lieu of our five-paragraph essay of the Western tradition.

3rd Premise: There is no such thing as coincidence.

When my mother was in the process of dying, and she was bedridden and rather "out-of-it," she began mimicking sewing gestures, in the air.  When asked what she was doing, she replied, "I'm making my cloak."  A friend of hers, formerly a nurse, pointed out to me that this was actually not uncommon to see with dying women, making these kinds of gestures as if they were weaving, sewing, or knotting.  I found this a very interesting consideration, especially in light of the history of women and needlework.  Years later, when I used macramé to create my first repurposed materials garment, the Gallexia Cloak, it was of course my mother's "burial" cloak that was the starting point as my inspiration for that garment. 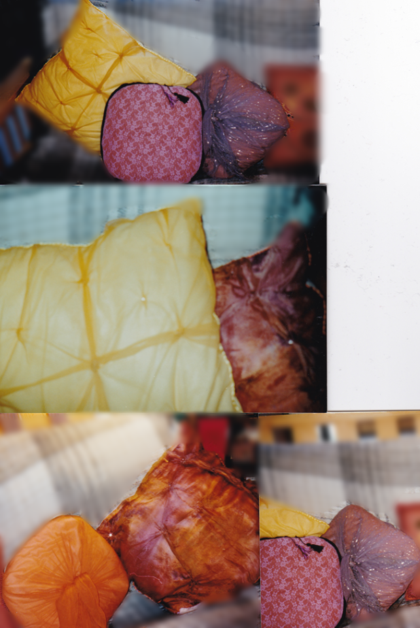 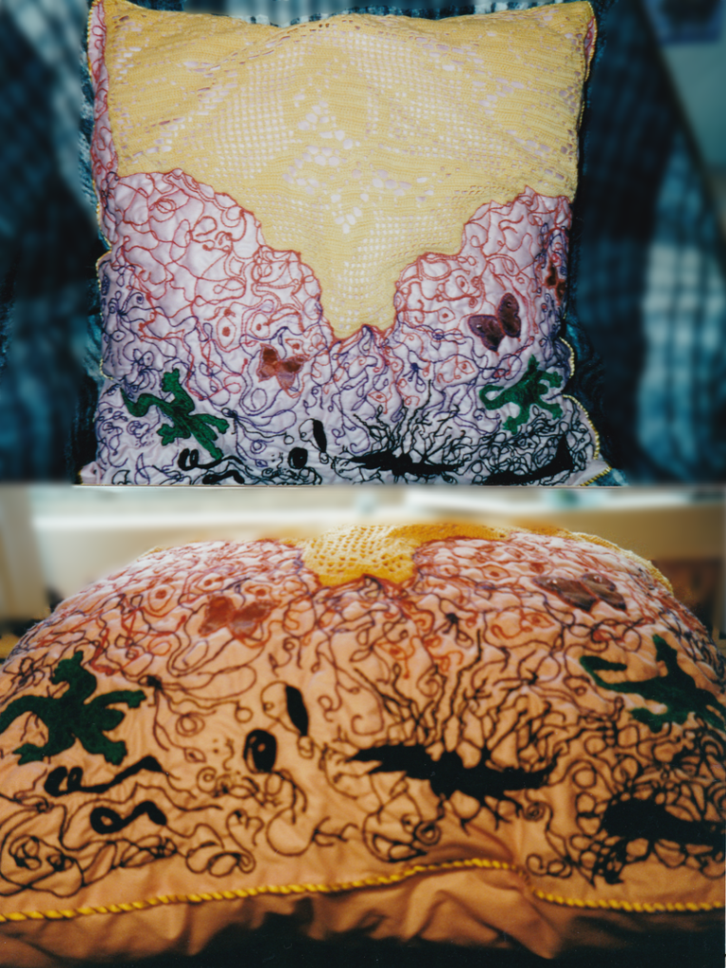